When is the best period for camping in Greece?

There are various factors that can determine the extent of a place’s appeal to visit it, but they are mainly related to climate.

This makes it quite difficult to decide when is the best time to visit Greece, as it is a popular year-round holiday destination.

In fact, for most people, the tempting crystal-clear waters and golden sandy beaches all around Greece is the most crucial factor that determines the time of the year to visit it, so as to be suitable for swimming.

This is why Greece is an extremely popular summer destination.

For others, hiking in pleasantly cold weather is at the top of their list and they usually prefer autumn months.

When it comes to camping though, you definitely want to avoid wet and windy weather and all the discomforts it entails.

It might be romantic to sleep in a tent in the middle of nowhere listening to the raindrops outside, but you surely don’t want your camping stuff and equipment to get mildewy.

So you should choose the best period for camping in Greece wisely in order to be able to enjoy its natural beauty by staying practically satisfied, as well as safe and sound.

Otherwise, choosing a period that is not so suitable for camping can limit how much enjoyment you can get out of it.

Here’s an overview of the ultimate time of the year to visit Greece in relation to the best months to enjoy various activities and have a pleasant camping experience according to your likings and needs.

When to visit Greece according to each season

Generally, the best time to camp in Greece is during the summer months of June, July and August - with August being the hottest of all.

During these months that constitute the so-called “peak season”, temperatures are relatively high, there is less or almost no rain and daylight lasts longer than 12 hours.

However, Greece’s mild weather makes it possible to camp during the rest of the seasons as well, especially if you choose an appropriate campsite location.

Let’s explore the possibilities that each season opens up for camping and the final decision is up to you.

Low season in Greece is in winter, between November and March. It is when prices are low and there are fewer crowds.

If you are not fond of high temperatures and you just want to lay back or plan a road trip and explore the mountainous landscapes of Greece, low season in big islands, such as Crete, Corfu or Rhodes can be a rewarding experience.

Smaller islands or some distant and isolated locations wind down for winter during these months.

Camping in Greece during off-season is not recommended, because there is cold, dampness and rain that can cause too much hassle and inconvenience and it can also prove to be dangerous.

However, there are some people who prefer the quietness and isolation of this time of the year, so they are equipped with the appropriate camping gear and equipment to stay warm despite the cold weather. 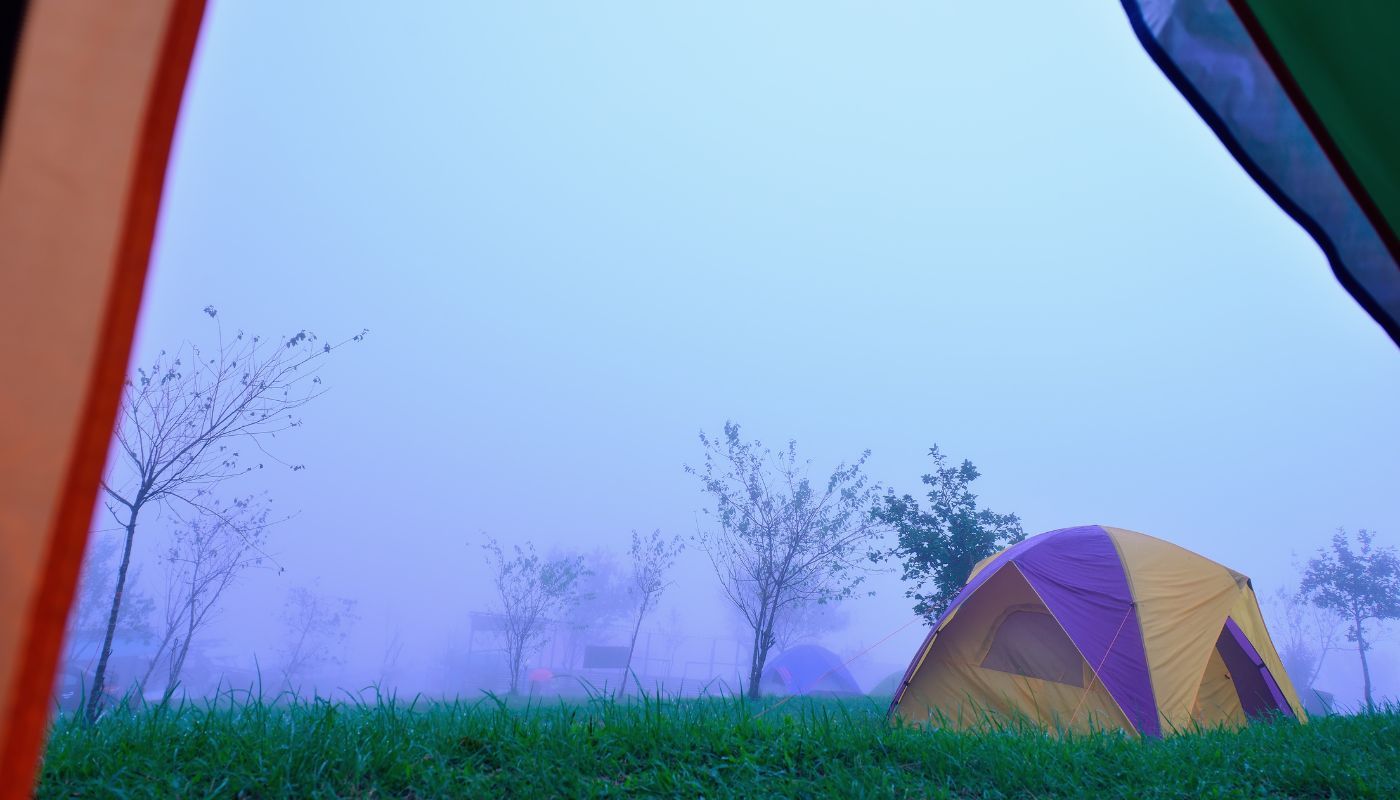 Between off-season and high season there is the shoulder season in spring (April - June) and autumn (September - October).

They are considered the ideal months to visit Greece for a peaceful break and a pleasant holiday, since the days are long, and Greece’s weather is mild.

Swimming during shoulder season is perfect because the water is warm enough and beaches are not crowded, so you can marvel at the beauty of their natural surroundings.

Moreover, there are also numerous sites to delve into Greek history and culture further inland.

Regions such as the Peloponnese combine beach life and relaxation with cultural exploration around monumental locations of great historical significance.

Camping in Greece during shoulder season is preferred if you are after relatively moderate temperatures and you can’t stand extreme cold or heat.

Keep in mind that it still might be a bit cold at night. You can take advantage of the mild weather conditions to have a peaceful camping experience, combining a range of activities, such as hiking, swimming and sightseeing.

High season in Greece lasts from July until August and it is the busiest season when tourism blooms.

There is no doubt that Greece is one of the top summer destinations worldwide because of its countless picturesque islands that offer scenic landscapes, incomparable turquoise sea waters, delicious traditional cuisine and vibrant nightlife.

The disadvantages of visiting Greece in July or August is that accommodation is much more expensive and some popular islands, like Paros, Ios or Mykonos are overcrowded. 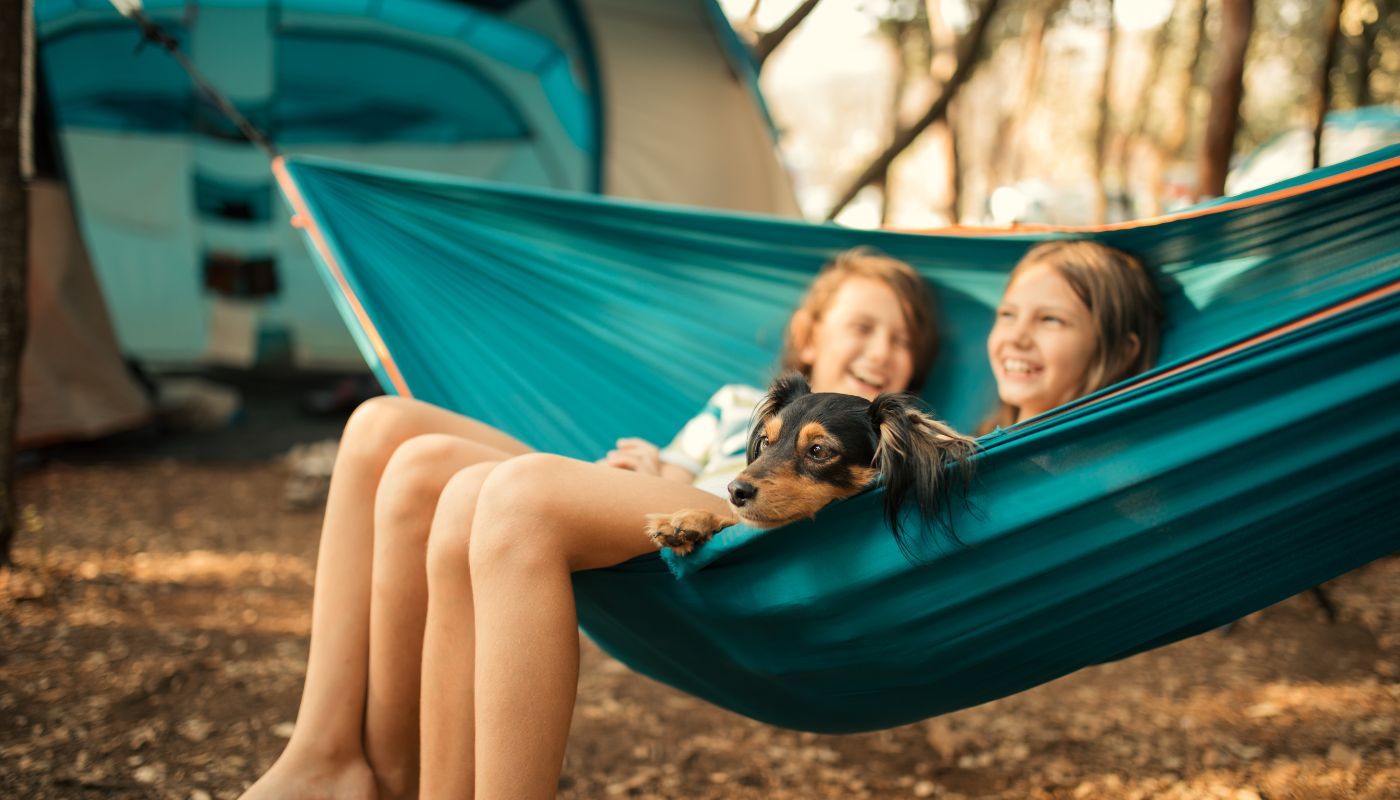 Camping in Greece during high season is highly popular and it is the most preferable time of the year to camp. Despite the hordes of tourists, locals also take their leave and prefer camping during this time in several Greek regions and islands to sunbathe and relax in the sunshine.

Wild camping is strictly prohibited in Greece. Especially in the high season, tourist areas, beaches and natural reserves are regularly checked for illegal camping and even fines are imposed.

There is a variety of campsites around Greece with spacious places to set up your tent, offering excellent facilities and amenities.

Camping during high season is a cheap alternative and relatively cheap type of accommodation that is suitable when temperatures are high, the weather is always sunny and there is less or almost no rain.

1.What is the ideal camping weather?

For most people, rain is a deterrent factor for camping, whereas dry and slightly hot is considered to be the perfect camping weather. Some reasons for that are the following:

● Your tent and clothes stay dry
● There is no mud and dirt on the ground, especially when you want to pack up
● Sticks and logs are dry and you can light a campfire instantly
● You can stretch out and relax in your hammock outside your tent
● You can cook your meals outside the tent, which is much safer than inside it
● The sunshine makes you feel happy and full of joy, in contrast to the gloomy rainy weather that makes you feel depressed.

2. When is the best time to visit Greece in terms of weather?

You can enjoy the best weather in Greece between late May or June and October, when temperatures are between 20-35 degrees C and there is little or almost no rain and much sunshine.

3. When is the best time to visit Greece for swimming?

The ideal months to visit Greece and dive into its stunning seawater is between May and October. The hottest month is August when temperatures can get really hot.

Apart from the summer months though, late spring and early autumn months are also ideal for swimming, because seawater is warm enough.

Choose the ideal period that suits your needs and book a campsite, a caravan or a bungalow at Erodios Camping in Pylos to enjoy camping in Greece to the fullest!